So far, we’ve been focussing on web application development – but perhaps the aspect of mobile which has excited developers most is the area of native apps, particularly for iPhone. When the iPhone was first released, Apple pushed web applications as the way to develop for the phone. Many developers rebelled, and eventually, Apple enabled third part developers to build native apps using Objective-C, and the CocoaTouch framework.

These technologies provided developers with the ability to build superior apps – those which could access the underlying hardware and operating system services, including the camera, accelerometer, GPS, compass and so on.

In the intervening period, a number of factors have reduced the advantages of native development technologies over web technologies. The adoption by iOS, Android and other mobile platforms of various W3C technologies, particularly geolocation APIs, coupled with a small number of open source and commercial projects, enable web developers to use HTML, CSS and JavaScript to develop apps which access the underlying platform APIs, and which can be deployed via app stores as native apps for platforms like iOS, Android, webOS, Blackberry, and more.

In this section, we asked developers about their practices for developing and deploying native apps, and intentions in the coming twelve months regarding the platforms they are considering adding to their repertoire. We also asked what factors were important when choosing platforms.

For the first time in our survey this year we asked whether developers built native apps for platforms like iOS and Android (whether with web technologies, or native technologies). A surprisingly high 17% replied yes.

It’s no surprise that iOS devices dominate here, but Android phone’s showing, at around half of that of the iPhone is noteworthy. Compared with every other platform, Android phone is definitely in the game. Other platforms really do have their work cut out for them with this developer cohort. We’ll have a little more to say about that in our wrap.

The drop in results for iPhone is unlikely to be attributable to a loss in interest by developers (though this may be the case) but rather more likely as a result of some ambiguity in the question. Some respondents may have read this to mean “what additional platforms are you considering”. When it comes to other platforms, there’s healthy interest in several, notably, but perhaps not surprisingly Android phones and tablets. The Windows Phone 7 result is particularly noteworthy. While these other platforms can all be developed for using web technologies, Windows Phone 7 currently doesn’t enable developers to build native apps using web technologies. This will change with the arrival of IE9 on the platform, the date of which, either later in 2011, or in 2012, is currently uncertain. Developers appear to be betting on this happening earlier, and are definitely showing considerable interest in the platform.

We also asked those developers not currently developing native apps, whether they were considering doing so, and to what extent.

Are you considering developing native applications (using web or other technologies) in 2011?

Around 30% express a likeliness to do so, and around three quarters in total some interest in doing so. If this reflects genuine intentions, beyond aspirations, they next 12 months will see a huge increase in the number of developers with a web technology focus developing native applications. This presents all platforms where there is a strong story around developing native apps using web technologies a tremendous opportunity to gain new developers for their platforms. But just which platforms are these developers interested in targetting?

Again, no surprises at the top of the tree – iOS and Android phones get similar numbers. But from there on, the numbers fall away for other platforms, in comparison with the results from developers currently devleoping native apps. This could be as a result of current developers looking to expand the number of platforms they are developing for, while those yet to develop a native app are focussing on those platforms with dominant market share – the low hanging fruit.

What lessons might there be in this for platform developers, particularly the likes of RIM, Microsoft and HP? For these platforms, the first developers to target would be those who already have apps on iOS and Android, particularly those developers who use web technologies to build their apps. The intention of these developers appears to target more platforms, and their code base can be largely reused, unlike that of developers using native technologies like Objective-C and Java. RIM and HP have both put considerable effort into making web technologies first class ways to develop for their platforms, while as we saw, Windows Phone 7 will have to wait until IE9 ships before the native apps with web tech story is strong for these developers.

What technologies do developers use?

While the survey focusses almost exclusively on developers and designers with considerable web development experience, we nonetheless asked what technologies those developers currently building native apps are using to do so.

The total is greater than 100% as respondents could choose more than one option.

Not surprisingly, there’s a mix of approaches, but 40% of respondents use native technologies, rather than web technologies, which if anything is a lower number than might anecdotally be expected.

For developers to build applications which can be installed as native apps onto platforms like iOS and Android, they need access to device APIs and/or to package their code for these platforms. As mentioned, there are a number of open source and commercial solutions to this challenge. Lastly in this section, we asked respondents who developed native apps using web technologies which of these they used.

These numbers are not particularly surprising, and do reflect the anecdotal sense of which technologies developers are using. With PhoneGap now a hosted service, and with the anticipated growth in respondents looking to branch out into app development over the next 12 months, PhoneGap looks well placed to capitalize among these developers. Appcelerator’s numbers are also healthy, and it will be interesting to see how this field develops over the next 12 months.

Next, we’ll take a look at the criteria respondents use for choosing the platforms they develop for. 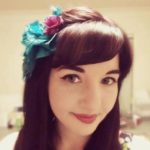